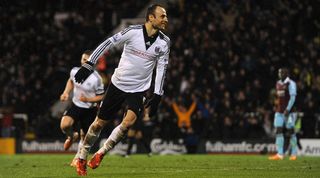 Never fear, our good friends at Bet Butler are here with more top tips to help influence your betting as the weekend's big games approach.

Fulham host Sunderland in a relegation six-pointer on Saturday, while on Sunday Liverpool will hope to consolidate fourth spot with a rare win at Stoke.

This weekend also sees a table-topping tussle in Spain. Only goal difference separates surprise-package Atletico Madrid and Barcelona at the summit and they meet at the Vicente Calderon.

We'll also give you the lowdown on the sides missing key men and begging to be taken on - featuring Hibernian, Lazio and Arsenal.

A second successive home win against a fellow struggling side will give Fulham priceless breathing space between them and the relegation-zone.

The hosts have been hit-or-miss this season as they’ve tied just 1 of their 20 games so far. Unfortunately the losses are superceding the wins 13 to 6, but Rene Meulensteen’s squad should be too strong to go down.

Under the Dutchman, the Cottagers have won 3 of their 7 Premier League games and they were the only 3 against teams currently in the bottom half of the table. Furthermore, their 3 victories this season before he took charge also came against current bottom-half sides, suggesting that Fulham are one of the stronger of the poor teams in the division.

Sunderland have won just 1/10 away matches this term and they’ve lost 11 of their last 13 on the road when they’ve conceded. This becomes particularly worrying when you realise that Fulham have netted in 12 consecutive home fixtures. Fulham are 2.25 to win here and that price should not be missed.

If you don’t trust Fulham fully (and, honestly, who would?) then a safer option could be playing the goals market. Fulham often score at home but they’ve also kept a clean sheet in just 6 of 29 matches at Craven Cottage since 2012/13. Twenty of the 29 matches have had Over 2.5 goals including their last 6.

Similarly, Sunderland have had Over 2.5 Goals in 18/29 away games since the start of last season and these stats make the 1.91 on three or more goals very attractive.

Stoke are unbeaten in 7 home games and have lost just once at the Britannia Stadium this season, while Liverpool have won just once in 7 on the road with 4 defeats. It comes as a massive shock, then, to see the Reds as short as 1.67 to win on Sunday.

Although Stoke changed managers at the end of last season, they are faring pretty much identically under Mark Hughes as they did under Tony Pulis. The Potters have finished 13th, 14th, 13th, 11th and  12th over the last five seasons and they currently sit in 12th this campaign. Over that period, Stoke have hosted top-six opposition on 32 occasions and lost just 11 times with 13 stalemates.

This fixture has often been tricky for Liverpool. Although they won 1-0 at Anfield earlier in the season it was their first victory over Stoke since 2010/11 and overall the spoils have been shared since 2008/09, as both teams have won 3 games while the other 5 have ended all square.

Liverpool are a much-improved side under Brendan Rodgers. However, they’ve still won just 3/9 trips to middle-third teams during his reign. There are two ways to play this one from a betting perspective.The safe option is to back Stoke +0.75 on the Asian Handicap at 2.09 but we certainly wouldn’t put off anyone backing this game to end in a stalemate at 4.00.

It’s not often you see a team with a 100% home record during the first half of the season available at 3.50 to win their next home match. However, it’s not often you host Barcelona. Atletico Madrid have been a revelation under Diego Simeone this season. They were expected to suffer considerably after Radamel Falcao left in the summer but they have thrived as David Villa and Diego Costa have led the attack.

The Catalans could welcome back key man Lionel Messi for this top-of-the-table clash and goals are usually guaranteed when the Argentine starts. There have been Over 2.5 Goals in 32 of the last 36 games he has started for Barca and 24 of the matches have featured Over 3.5 Goals.

Atletico are a tempting price here but we are put off by their poor record against the Big Two. Over 2.5 Goals is tempting at 1.67 but we prefer the juicier 2.60 on Over 3.5 Goals.

Aberdeen face Hibernian in the Friday night Scottish Premier League clash and the visitors will have to make do without defender James McPake. Fortunately, Hibs have fared well without McPake in the past. They’ve picked up just 19 points in their last 19 road games that he has started. However, their PPG jumps from 1.00 to 1.50 when he’s absent as they’ve won 8/18 away fixtures that he’s missed since joining the club. Hibs are a massive 4.90 to win at Aberdeen.

Marchetti is a doubt for Lazio this weekend as they travel to Bologna. The visitors have been in poor form recently but they’ll be hoping their keeper is fit here. Marchetti has missed just six games since the start of last season and Lazio have managed to keep a clean sheet just once. If his name isn’t on the team-sheet, backing Bologna at 3.25 looks very tempting indeed.

Walcott’s cheery mood following Arsenal’s FA Cup victory over Tottenham was quashed when scan results on his knee injury ruled him out for the rest of the season and this year’s World Cup. England will surely suffer from his absence but Arsenal have coped well without him previously. The Gunners have won 58% of the games that Walcott has started since the start of last season but 64% when he’s been missing. They have also kept more clean sheets without Walcott despite playing 8 fewer games. Arsenal are 1.62 to register their 15th win of the season.

Odds correct as of January 9. Odds subject to change.