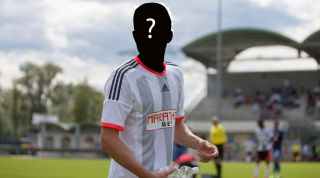 According to witnesses, the party, which took place at a house in New Malden on Wednesday evening, was a relatively mundane affair until around 11pm, when the man happened to mention what he did for a living.

Party attendee Molly Wilcox said: "[Host] Ben [Smith] and I were in the kitchen talking about our exams, and this guy was just standing there, so we asked him where he went to uni. That's when he said he was a Fulham player.

"Just casually, mind. He wasn't boasting, but he didn't seem embarrassed either. It was like playing for Fulham is just one of those things people our age do, like taking up cross-fit, or learning the saxophone."

Neither Wilcox nor Smith have been able to confirm or deny the man's claims, in part because neither can recall his name, or precisely what he looked like.

"We were quite drunk," Smith said. "And he had one of those names that's fairly normal but not that common, like Adam, or George, or Shaun, but not any of those.

"He was pretty tall, and he had that short-but-long haircut everyone has. It was quite dark in the kitchen, but I think it was a sort of light-brown, blond colour."

After the man departed, ostensibly because he had training in the morning, Wilcox looked up the Fulham squad online, but was unable to positively identify the mystery man.

Fellow partygoer Dominic Richards rejected Wilcox's suggestions, insisting after a few minutes on the Fulham website that the man was probably either Cameron Burgess or Emerson Hyndman, or, at a push, Lasse Vigen Christensen.

"Are those even real players?" Richards was overheard to ask. "My brother Paul once put his own name on the AFC Wimbledon squad list on Wikipedia and nobody noticed for a week. Who here has honestly heard of Marcus Bettinelli?"

Despite discussing the matter at length, the group was unable to come to a consensus about the man's identity, the truth of his claims, or even his accent, with some arguing it was Australian or Irish while others were equally insistent that it was something like German or Swiss or Danish.

At the time of writing, a majority had agreed that his story was probably true, "because it would be a pretty pathetic thing to lie about".