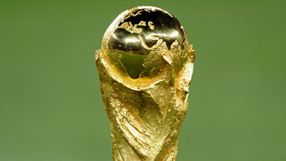 The confederation of North, Central American and Caribbean Association Football, had hoped for four places up for grabs but will have to make do with 3.5 after FIFA secretary general Jerome Valcke said on Thursday the slots would be distributed in exactly the same way as in 2006 and 2010.

The only difference in the spread of the 32 finalists for 2014 World Cup could be a possible six representatives from South America as Brazil qualify automatically as hosts.

Europe will keep its 13 places - considered too many by some observers - while Africa will have five, Asia 4.5, CONCACAF 3.5 and Oceania 0.5. South American will have 4.5 places, not including Brazil.

A "half place" means a berth in a two-leg play-off tie against a team from another confederation with the winners going to the World Cup.

CONCACAF president Jack Warner had been pushing for four full places for his region while the South Americans had been worried that their 4.5 places could include hosts Brazil.

One tweak to the qualification process will be a draw to decide who plays who in the play-offs rather than the pairings being decided beforehand.

FIFA president Sepp Blatter said the change was made to appease CONCACAF after Costa Rica had to face a tough tie against eventual semi-finalists Uruguay in the playoffs for the 2010 tournament in South Africa.

"CONCACAF was not so happy, but they have to admit the huge majority of the executive committee wanted to maintain the distribution we have had since 2006," Blatter told reporters.

"Because CONCACAF was not so eager to play another play-off with South America, it was decided there shall be a draw for the playoff.

"It was a logical decision," he added. "One part is of this is always a sporting matter, one part is a sports politics matter, not everybody is happy but it is impossible to make everyone happy in our world."

FIFA announced that Canada - the only candidate after Zimbabwe pulled out - would host the women's World Cup in 2015 and the women's under-20 World Cup the year before.

Turkey was chosen to host the under-20 World Cup in 2013 and New Zealand the same event two years later.

The under-17 tournaments will be staged in United Arab Emirates in 2013 and Chile two years later.

FIFA, which controversially chose Qatar to host the 2022 World Cup, also continued the trend of taking the game to new venues when it awarded the 2012 women's under-20 World Cup to Uzbekistan.

Hosting smaller tournaments is now seen as a stepping stone to staging bigger events such as the World Cup itself.