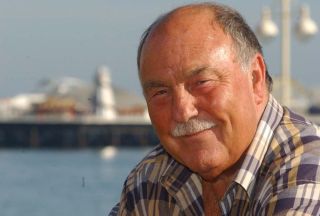 Jimmy Greaves, one of the most prolific goal-scorers in English football history, will be 80 on Thursday.

Here, the PA news agency looks back at six moments in his career on and off the pitch.

A year after scoring as a 17-year-old on his First Division debut for Chelsea against Tottenham, Greaves delivered a virtuoso display against then champions Wolves. England captain Billy Wright was in the Wolves side that day at Stamford Bridge, but Greaves proved to be in unstoppable form, scoring five times as Chelsea cruised to a 6-2 victory.

It was not long before Greaves began to make a mark at international level, and this was perfectly illustrated when he played a starring role in England’s remarkable 9-3 win against Scotland at Wembley. Greaves scored three times – he went on to claim six England hat-tricks, setting a record that still stands – making light work of a Scotland defence that featured Billy McNeil and Dave Mackay.

Greaves had signed for Tottenham in December 1961 following a short stint with AC Milan, and after claiming a hat-trick on his Spurs debut against Blackpool, he went on to play a pivotal role in their FA Cup run that season, netting nine times. And perhaps his finest effort was in the final, with Greaves netting after just three minutes of a game that Spurs won 3-1 against Burnley. His opener came after he shrugged off a couple of Burnley defenders and delivered an exquisite low reverse finish into the corner.

Greaves repeatedly came up trumps in big games, and no better was this illustrated than when he scored a stunning goal in a 5-1 thrashing of Manchester United. United arrived at White Hart Lane as Division One champions, but they had no answer to Greaves’ brilliance. On this occasion, he left the visitors spellbound after taking the ball with his back to goal, turning, and then slicing his way through United defence, rounding goalkeeper Pat Dunne and rolling the ball into the empty net.

Greaves was an integral part of England’s World Cup squad for the 1966 tournament on home soil. He played in all three group games against Uruguay, Mexico and France, but suffered an injury during the France match, requiring 14 stitches in a shin wound. It ruled him out of the quarter-final against Argentina, with Greaves’ replacement Geoff Hurst scoring the only goal in a 1-0 win and keeping his place for the semi-final and final, netting a hat-trick when England saw off West Germany to lift the trophy. Greaves was fit for the final, but manager Alf Ramsey opted not to change his team.

Greaves had worked in the media as a columnist for national newspapers, but it was on television that he acquired a huge following alongside former Liverpool and Scotland player Ian St John in ITV’s Saint and Greavsie show, a Saturday lunchtime programme that launched in October 1985 and ran for almost seven years. At its peak, the show attracted almost six million viewers, with the audience lapping up Greaves’ endless supply of one-liners. Although the plug was pulled in 1992, Greaves continued to work as a Central Television football pundit for another six years.