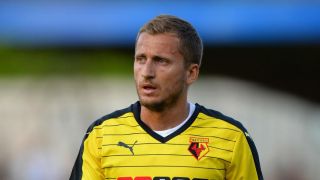 Watford have announced that Almen Abdi and Daniel Pudil have left to join Championship side Sheffield Wednesday.

The duo have agreed to permanent deals with the Hillsborough club for undisclosed fees.

Wednesday, ratifying that the transfers had been concluded, added: "The Hornets duo join the Owls in time for the final pre-season workout this weekend against Port Vale ahead of the big season opener with Aston Villa on August. 7."

BREAKING: Owls confirm double deal for and ...details coming up at July 28, 2016

Pudil made 42 appearances while on loan with Wednesday last season, helping the club to reach the Championship play-off final, where they were beaten by Hull City.

Abdi scored twice in 32 Premier League appearances for Watford in their first season back in the top-flight last term, including a superb strike in the 2-0 win over Stoke City in October.