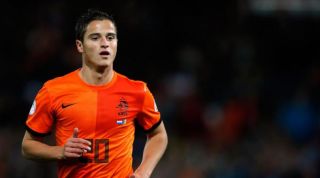 Guus Hiddink named his first squad since taking over from Louis van Gaal earlier this week, but has already made alterations to the group.

Tottenham goalkeeper Michel Vorm and Paris Saint-Germain defender Gregory van der Wiel have been dropped from the squad to make way for Afellay and Klaassen.

The return of Rafael van der Vaart headlined Hiddink's initial selection for next month's matches, which begin with a friendly against Italy on September 5.

Van der Vaart has not featured for the Netherlands since November 2013, a goalless friendly draw against Colombia.

The 31-year-old, who battled hamstring and calf problems last term, has scored seven goals in his last 12 national team appearances.

Van der Vaart is one of five members of Hiddink's squad who did not feature at the World Cup, with Erik Pieters and Jeroen Zoet, along with Afellay and Klaassen, also winning call-ups.