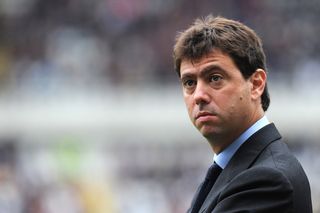 Speaking at the Leaders in Football conference, Agnelli explained that the difficulty of the league no longer makes it a place where the world's best players end their careers.

Instead, he claimed Serie A has become more of a transitional league, highlighting the case of former Manchester United midfielder Paul Pogba, who currently plies his trade at the Juventus Stadium.

"I think we used to be a final destination for international top players, but what I sense now is that we are a transit league," Agnelli said on Thursday.

"Given that Paul [Pogba] is one of the best talents we have, I was wondering whether the Italian Serie A league in general will be able to retain, keep and further attract talents or will Serie A lose talents, because they'll come and graduate.

"Tactically and from a sports point of view the Italian league is one of the toughest leagues - when you think that the turnover you have with the Italian teams participating in the Champions League is probably higher than any other country, at least with the top two or three teams.

"So, players can graduate in Italy but then find ultimate success elsewhere and be paid more, because the systems in which they operate work better."

Agnelli also offered his opinion on the issue of racism in Italy, with Lazio, Roma and Inter all having been recently punished for abuse from sections of their respective fans.

Despite this, Agnelli said he did not feel Italy had a major problem with racism and called for authorities to understand the difference between racial abuse and "territorial discrimination".

"I don't think Italian football particularly has a huge problem with racism. We have implemented a set of regulations that have been set out by UEFA and we have harshened those with territorial discrimination," he said.

"I think the mistake was that when this was passed by the board of the Italian federation at the beginning of August it wasn't given due consideration and now it is bringing us some problems in terms of applying the sanctions that were brought in in August.

"Racism is one thing; territorial discrimination is another, and what that represents in terms of chanting from various football teams. I think everything that can be done against racism should be done but we should be careful about what we define as racism."