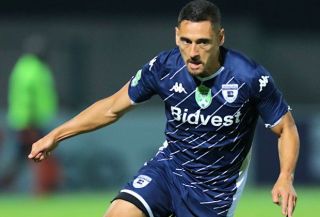 The 31-year-old joined the Indian outfit after putting pen to paper on a two-year contract at the club following his departure from the Clever Boys, who sold their Premier Soccer League status to Tshakhuma Tsha Madzivhandila (TTM).

This will be the first time Alexander will be plying his trade in India but is no stranger to working with back as the pair have previously worked together in the national team setup.

Alexander is relishing the chance to play in the Indian Super League and linking up with Baxter again.

‘I am extremely delighted to join Odisha FC and play in the Indian Super League for the first time. It will be really great to play under coach Stuart Baxter again and I can’t wait to meet my teammates. I am very excited and looking forward to the season ahead,’ Alexander told his club’s official website.

‘I have heard a lot about the special fans that the club has and although they will not be in the stadiums with us this year, we will carry them in our hearts and try and make them proud. I hope we can achieve something special at Odisha FC in the upcoming seasons.’