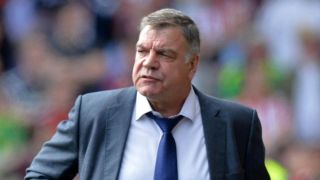 Sam Allardyce has voiced his delight at being handed the England job and is determined to make people proud of the national team once again.

England disappointed at Euro 2016 as they crashed out to Iceland in the round of 16, with Roy Hodgson swiftly announcing his resignation.

And former Sunderland manager Allardyce is the man charged with transforming the team's fortunes after being confirmed as the new boss on Friday.

"I cannot stop smiling because I got this job," Allardyce said in a video message on the official England Twitter account.

"This is a job I have waited for for many, many years. I am absolutely delighted to be in this privileged position of being the England national team manager.

"It is going to be a great thrill for me to take this team forward from the nation's point of view.

"Hopefully, [I can] make everyone proud of the England team again."

Allardyce’s first match in charge of England will be a friendly fixture at Wembley Stadium on Thursday September 1, before starting their 2018 World Cup qualification campaign against Slovakia three days later.