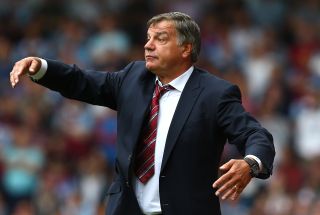 Allardyce's men spent much of the game on the back foot, but still crafted a number of opportunities to win the game, Kevin Nolan heading wide in the second half before substitute Joe Cole went close with a curling effort seven minutes from time.

Modibo Maiga did put the ball in the net but his strike was ruled out for offside, leaving former Newcastle boss Allardyce to ponder what might have been.

"It's really disappointing to have had three golden chances, and then we got a goal that would have killed off Newcastle but that was ruled offside, although that was probably correct," Allardyce said.

Still, West Ham could have gone away empty-handed after Newcastle striker Yoan Gouffran somehow shot over the bar from point-blank range after Sammy Ameobi's left-wing cross had struck the post in the final minute of added time.

That was undoubtedly the best chance of the game for the hosts, who were left frustrated by an organised West Ham defence.

"Playing away from home, and the home team having zero shots on target in 90 minutes, shows our defensively resilient qualities.

"Sadly our creative qualities were there, but there was nobody on the end to finish it off and make us go home very, very happy with three points instead of one."