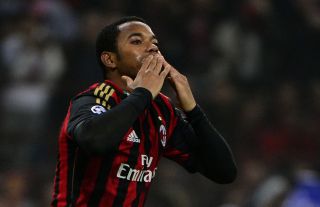 The hosts led through Robinho's ninth-minute strike but Lionel Messi levelled matters midway through the first half.

The point leaves the men from the San Siro second in Group H, and Allegri was quick to applaud his players for denying Barca the freedom to play.

"The boys played a good game," he said. "Giving Barcelona no room to be dangerous and hitting on the counter.

"We made one mistake defensively and they punished us.

"We created more chances than in the match we won last season, but this is a good result because we still have a two-points advantage over Celtic."

The two sides meet in the reverse fixture at Camp Nou in a fortnight.