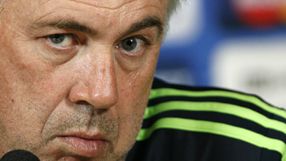 The Italian was responding to reports that had surfaced overnight about his position at the club, with some sources even claiming he had tendered his resignation after phone calls to the League Managers' Association.

"I don't know if it's enough to clarify my position today to close these rumours and speculation," Ancelotti said.

"These rumours are totally untrue. I don't know why they came out. I didn't speak with the LMA. They called me last night when I was at home, quiet, to find out what was happening.

"These rumours are totally untrue. I have my contract until 2012, here, in this club. I've said a lot of times that I'd like to stay here. I love not just this club, but these players. I have a lot of confidence in these players, in this squad, so there's no reason to change my ideas. I don't know if this is enough to speak about all this."

After a poor run of results, which has seen the double winners suffer three defeats in their last four league outings, Ancelotti was honest in his assessment and acknowledged that when his side is in poor form, the spotlight on his role only intensifies.

However, he insisted that he was as committed as ever to the Blues.

"I think that when the team don't reach the right results, obviously the coach is under pressure," he said.

"Obviously I am under pressure because I'd like Chelsea to win every game, but just this. I am focused on my job and to give my team, my club the confidence to make us play better than we are at this moment. Just this."