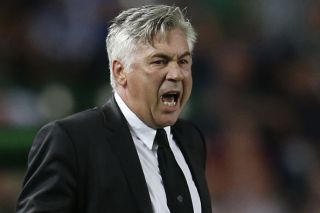 The Liga giants have a record nine triumphs to their name in the European Cup and Champions League, but have not lifted the famous trophy since defeating Bayer Leverkusen in the 2002 final.

Real have been inching closer to further success in Europe's premier competition, reaching the semi-finals in the past three campaigns before losing to Barceona, Bayern Munich and Borussia Dortmund respectively.

And Ancelotti - who twice won the tournament during his stint as Milan boss - is aiming to end Real's wait in Lisbon on May 24.

"Everyone at Real Madrid wants to win the 10th," he told the club's official website. "It is a great motivation for everyone and we will try to do our best to win the 10th in 2014.

"It was a dream to come to Real Madrid and it is now a reality. I have to do my best to make all the fans happy."

President Florentino Perez echoed the Italian's sentiments, commenting: "For Real Madrid fans, what we want is to win titles. Maybe we're a little obsessed with the 10th European Cup, and it's what we all want the most."

Defender Sergio Ramos is particularly keen for success on the European front having never collected a winner's medal.

But he warned against becoming "obsessed" with victory.

"It is totally different to any competition," he added. "I have spent many years at Real Madrid and I have that itch of wanting to lift the Champions League, but it is not good to be obsessed."