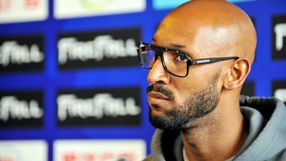 Tigana was shown the door by the Chinese club on Thursday after a string of poor results and players turning against him, saying they were unhappy with his training.

His departure follows three assistant coaches who were sacked earlier this month by big-spending Shanghai.

Striker Anelka, who doubles up as a member of the coaching staff, takes heart from former club Chelsea who have gone on a streak since sacking their coach, Andre Villa-Boas, in March.

The Champions League finalists have lost just once in 15 games since appointing Roberto Di Matteo as interim boss.

"Changing the coach has provided [Chelsea] with a lot more space for imagination. The change of coach has set the club free in many aspects and that is why they are in the final," Anelka told Reuters.

"There is a great possibility and a great chance for them to win the Champions League. I wish them all the best.

"We will try our best to work on the positives with the change. Of course, Chelsea is Chelsea and Shenhua is Shenhua."

Chinese fans, however, had mixed feelings about the sacking.

"I am a little shocked because if Shenhua wants to develop as a football club in the long term, they should not terminate the contract of such a well-known foreign coach so quickly. Perhaps they would do better to analyse his skills over a longer period of time," 29-year-old Zhang Yang told Reuters, after playing a friendly football game with friends at the Shanghai Hongkou stadium, the home ground of Shanghai Shenhua.

"After Anelka joined the team, I thought it would be different. But I don't know whether it is the problem with the players or the head coach, the Shanghai Shenhua team still plays the same way and did not change at all. I felt it was only a matter of time before Tigana was sacked," added 24-year-old Abdulgheni, a football fan from China's Xinjiang Autonomous Region.

Hopes had been high for the Shanghai club after they signed Tigana as head coach and paraded star striker Anelka ahead of the start of the season.

The team now sits 10th in the 16-team Chinese Super League, however, with just two wins from their first seven matches.