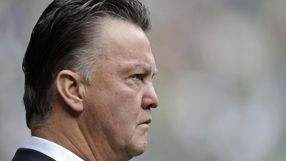 Champions Bayern, looking to continue their climb up the Bundesliga after a poor start to the season, were in complete control at the interval having enjoyed 79 percent of possession in the first half.

They then imploded by conceding two goals in four minutes early in the second period before defender Philipp Lahm rescued a point six minutes from time.

"It was very loud after the game (in the changing room)," Van Gaal told reporters as Bayern were left ninth in the league after 11 games, nine points adrift of leaders Borussia Dortmund.

"I was bitterly disappointed and a little angry at the players. At half-time I even paid them a compliment by saying I had not seen Bayern as good as in that first half all season.

"I told my players not to be surprised if Gladbach came back in the second half more aggressive," added the Dutchman who was without captain Mark van Bommel, Franck Ribery, Arjen Robben, Holger Badstuber, Diego Contento, Ivica Olic and Miroslav Klose on Saturday.

Van Gaal, 59, who last season steered Bayern to the domestic double and into the Champions League final, has had a difficult start to his second season.

During the week Van Gaal and Uli Hoeness were involved in a public spat after the president accused the coach of running a "one-man show" at Bayern, neglecting players and refusing to listen to others.

"This draw feels like a defeat," said chief executive Karl-Heinz Rummenigge. "We made our life difficult."

Schweinsteiger also missed a penalty but Marco Reus (56 minutes) and Igor De Camargo (60) hit back for the home team.