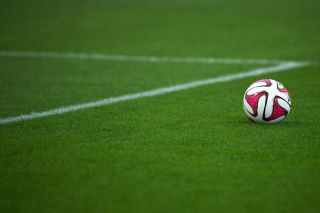 Danilo Bueno's 18th-minute dismissal handed the visitors the initiative but it was not until stoppage time that they made it count against the top-flight newcomers.

Al Wahda, who remain top, fell behind to Wanderley's goal against Al Sharjah, but hit back before half-time through Sebastian Tagliabue to earn a point.

Al Ahli were frustrated by a resilient Ajman outfit, with the winless visitors holding on for a 0-0 draw.

Cosmin Olaroiu's men have now failed to win either of their opening two home games in the new campaign.

In Monday's other game, Makhete Diop scored a last-gasp penalty to earn Al Dhafra a 3-3 draw at home to Al Jazira.

Youssef Kaddioui struck twice, either side of Khamis Esmail's effort for the visitors, to put Al Dhafra in the driving seat midway through the second half.

However, Mirko Vucinic took his tally for the season to six league goals with a quick-fire double to turn the tables.

Diop ultimately had the last say as he kept his cool from the spot to ensure the spoils were shared.

Elsewhere on Tuesday, Al Nasr shared a goalless draw with Jorginho's Al Wasl, and Emirates fought off a second-half revival from Bani Yas to triumph 3-2.