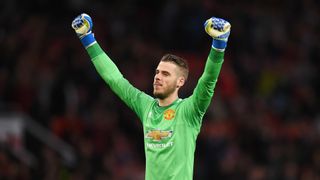 Manchester United goalkeeper David De Gea has proved his sporting prowess is not restricted to between the sticks.

The Spain number one, who will start the Europa League final against Ajax from the bench after United boss Jose Mourinho confirmed Sergio Romero will play instead, displayed his skills on the basketball court on Friday, posting footage of himself executing a perfect slam dunk.

With a leap like that, perhaps Mourinho should consider playing him up front in a bid to liven up United's mis-firing strikeforce.