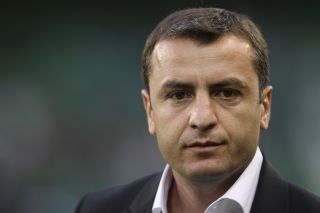 The 39-year-old stepped down from his position following the side's unsuccessful FIFA World Cup qualifying campaign, which ended with a creditable 2-2 draw with Italy in Naples.

The most recent FIFA rankings show Armenia in a record-high 38th position, and the players feel Minasyan is the man to take them forward.

"We certainly respect Vardan Minasyan's decision, but we would like him to forego from it," reads the letter, according to Armenian news agency Armenpress.

"We have gone along a difficult road with him for four years and we were able to create a united team and make our fans happy.

"Also, we have gone along a good professional road with him and we would like to jointly book the spot to the finals in the new qualification stage.

"We await the decision by our head coach."

Armenia finished fifth in Group B of European qualification for the World Cup, but were just three points adrift of second-placed Denmark.