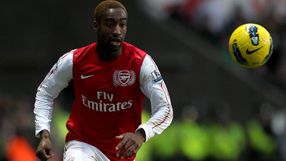 Djourou, who has made 144 appearances for Arsenal since 2004 without ever becoming an established first-teamer, will move to the Bundesliga side for the remainder of the season.

He is the second Arsenal player to go out on loan since the opening of the transfer window following striker Marouane Chamakh's move across London to West Ham United.

Djourou has not played in the Premier League for Arsenal this season, his two appearances coming in the League Cup.