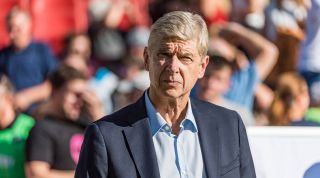 An agent with strong links to Arsene Wenger believes he could sell the Newcastle job to Arsenal’s legendary former boss.

According to the Newcastle Chronicle, numerous agents have been sounding out potential candidates for the manager’s position at St James’ Park should Rafael Benitez depart this summer.

The Spaniard is out of contract in June and has yet to decide whether or not to extend his stay in the northeast.

Gennaro Gattuso, Eddie Howe and David Moyes have all been linked with the role, but Wenger has also emerged as a shock contender.

A well-connected agent believes he could convince the Frenchman that Newcastle is a desirable destination.

The individual has held talks with the Magpies to establish the club’s budget and philosophy, although Wenger himself has not yet been involveded in any discussions.

Newcastle conclude the campaign with a trip to Fulham following Saturday’s 3-2 loss to Liverpool.

Why Maurizio Sarri could become Chelsea’s most expensive failure