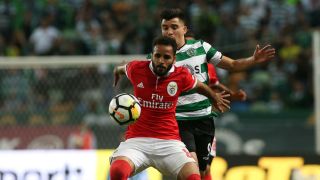 Barcelona full-back Douglas will spend his third season out on loan in 2018-19 after the LaLiga champions agreed a deal with Sivasspor.

The Brazilian has only made eight appearances for Barca since arriving from Sao Paulo in 2014, instead plying his trade away from Camp Nou.

He made 21 appearances for Sporting Gijon in 2016-17 and another 10 last season at Benfica.

Douglas will hope to play more in Turkey as Sivasspor look to improve on their seventh-placed finish in the Super Lig in 2017-18.