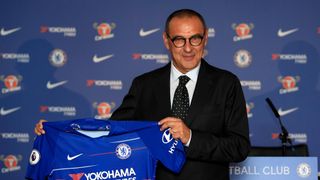 Barkley starred as Chelsea prevailed in Sarri's first game in charge, a 1-0 friendly win over Perth Glory, hitting the post and creating a number of chances.

The England international has struggled for game time and fitness since joining the Blues from Everton in a £15m January move, managing only four appearances.

However, he is relishing working under Sarri, who replaced Antonio Conte this month.

"I can see from the training sessions that this season is going to be very exciting." Barkley told Chelsea's website.

"It has been very interesting - the style that he wants us to play, it is very attacking, as well as being very organised.

"Game by game I will feel much better and ready for the season."