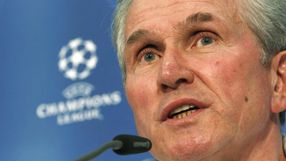 "We will play to win as if we have played 1-1 in the first game," Heynckes told reporters. "We have of course a psychological advantage because of the first leg result."

"It is an outstanding starting position but we should be reminded that Marseille beat Borussia Dortmund in the group stage 3-2 after trailing 2-0 [earlier this season]."

Bayern, four-time winners of Europe's top club prize, are chasing a treble of titles and are eager to advance in the competition with the Champions League final held in Munich on May 19.

"We know it will be hard game," said Bundesliga top scorer Mario Gomez, who has also netted 11 times in the Champions League, one less than Barcelona's Lionel Messi.

"In football many crazy things can happen. We will try to win tomorrow as well but it will not be a walk in the park. Just like we scored twice there they can do the same thing here."

Bayern have an impressive track record in recent home games in the competition, having won 11 of their last 12 Champions League matches at the Allianz Arena.

They have also scored 15 goals and conceded just three in their four Munich matches this season.

Heynckes said he would not rest any of his key players, despite having four of them - Toni Kroos, Thomas Muller, Jerome Boateng and Luiz Gustavo - a booking away from a suspension that could then see them miss what looks like a semi-final clash against Real Madrid.

"I never took this issue in consideration," Heynckes said. "I have to field a competitive team that offers certain guarantees that we will win the game. So I cannot deal with who has how many yellow cards."