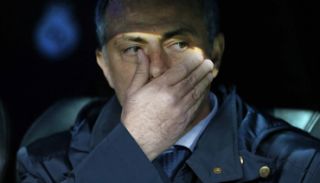 Widely expected to move on at the end of the campaign and linked with a return to Chelsea, a grim-faced Mourinho gave little away about his future but said Real, the world's richest club by income, had suffered a "disastrous" season, with only a Spanish Super Cup added to the trophy cabinet.

The extra-time defeat to city rivals Atletico, all the more painful as it came at Real's Bernabeu stadium and included the dismissal of Mourinho from the bench in the second half, followed defeat to Borussia Dortmund in the semi-finals of the Champions League.

They also failed to defend their La Liga crown, with Barcelona wrapping up a fourth title in five years last weekend.

"My career has been over many years not just one year," Mourinho told a post-match news conference, adding that Atletico had not deserved to win the final.

"This is the worst season of my career with a title which is not sufficient for me or for a club like Real Madrid," the Portuguese said.

"That means it's a bad season, with a final, a semi-final and a second place and a Super Cup."

Mourinho defended his record since joining Real from Inter Milan in 2010, noting Real had beaten Barcelona, who he described as "the best team in the world", to win the King's Cup in his first season.

In typically combative style, he went on to remind reporters that Real had set a record points total in winning La Liga the following season and had reached the Champions League semi-finals three times on the trot.

"The third season with these results has been a failed season, it's a disastrous season," he said.

"What would be a good season for a lot of coaches but for me is the worst.

"This has been my worst season because it's the first season in which I have not won an important title."

Asked about his future, he repeated that he would discuss it with Real president Florentino Perez after Real's remaining two La Liga matches.

"I have a contract for three more years," Mourinho said.

"I still haven't sat down yet with the president yet to talk about the future.

"I think it's normal, very normal to talk about Ancelotti or any other coach.

"It's absolutely normal to talk about whether I am going to Chelsea or anywhere else.

"What I can promise is honesty and that once I have sat down with the president and we have decided that the club will make it public immediately."