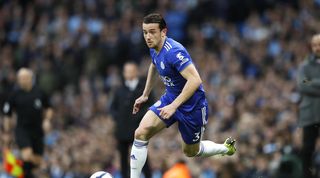 Leicester may have made an impressive start to the season, but Brendan Rodgers is already planning for next year by scouting potential replacements for Ben Chilwell.

According to The Sun, Bolton Wanderers' 18-year-old Ronan Darcy is being tracked, having broken into the Trotters' side last season. Darcy has since fallen down the pecking order in favour of more senior players, but is still highly thought of in Greater Manchester.

Chilwell was reportedly a target for Manchester City in the summer, before Pep Guardiola opted to stick with Oleksandr Zinchenko and Benjamin Mendy.

Frank Lampard is also a big fan of the player. His current left-back options are Marcos Alonso, who turns 29 in December, and Emerson, but Lampard sees Chilwell as a potential long-term replacement for both and is looking ahead to potential targets for when Chelsea's transfer ban ends next summer.

The excitement around Chilwell arguably shows just how crucial full-backs are in the modern game. While Liverpool's front three may get the plaudits, their full-back duo of Andrew Robertson and Trent Alexander-Arnold have been crucial to their success.

Mauricio Pochettino's early achievements at Spurs were also put down to his full-backs, and it's no coincidence that their troubles have coincided with Serge Aurier's mixed form and speculation around the future of Danny Rose.

At Manchester United, the amount they paid for Aaron Wan-Bissaka after just one season in the Premier League shows just how important the role is considered to be. In north London, you only need look at the excitement among Arsenal fans at the possibility of Hector Bellerin and Kieran Tierney becoming regular fixtures in their side.

It was Brendan Rodgers who was instrumental in developing Tierney while he was at Celtic, making him club captain when he was just 20.

Now with Chilwell, and Ricardo Pereira at right-back, he is again utilising the benefits of a strong full-back pairing. He'll be hoping he can keep them together until the end of the season at least.

Brendan Rodgers learned a lot during his time as Liverpool boss