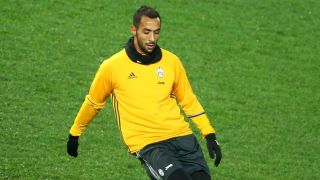 Medhi Benatia made it two goals in as many appearances for Juventus as the Serie A champions overcame South China 2-1 in Hong Kong.

Having netted in Tuesday's 2-1 International Champions Cup victory over Tottenham, the on-loan Bayern Munich defender repeated the trick on Saturday.

Juve had to come from behind, though, with Neto flapping at a free-kick to allow Chan Siu Ki to pounce and coolly slot home.

Massimiliano Allegri's men recovered well from that 21st-minute setback, with Benatia poking home after gathering a loose ball that deflected off the defensive wall from a set-piece.