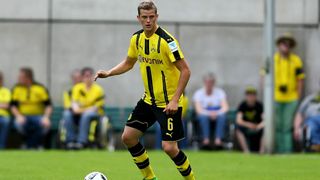 Germany have named Sven and Lars Bender in their squad for the Olympics in Rio de Janeiro next month.

There are places for Germany Under-21 captain Leon Goretzka, rising Schalke star Max Meyer and Arsenal's Serge Gnabry, along with goalkeeper Timo Horn, who has been linked with Liverpool.

"The anticipation ahead of the Olympics is huge," Hrubesch told German Football Association (DFB) official website.

"This is a unique experience that the players will be able to tell their grandchildren about.

"We have a good mix, from the current U-21 national team and the older players. The quality is absolutely great. We go to Brazil to win every game."

Germany are taking part in their first Olympic football tournament since 1988.

They begin their campaign against Mexico in Salvador on August 4.