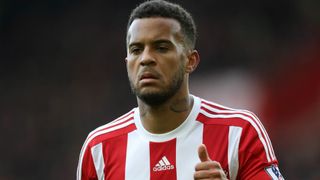 Ryan Bertrand has signed a new five-year deal with Southampton.

The England international full-back initially joined from Chelsea on loan in 2014 and became a mainstay in the first team over the past two seasons, Saints making the move permanent in February 2015.

And the 26-year-old is confident he can continue to improve as a player under new manager Claude Puel, after committing his future to St Mary's Stadium.

"I'm very pleased, it's been a fantastic move for me since the day I came to this club," he told Southampton's official website. "I look forward to many more years and really pushing forward as a whole.

"I've enjoyed my football here, I've really enjoyed the club and the fans have been fantastic with me personally as well. So I couldn't think of any better place to play my football and keep on developing."

is delighted to announce has signed a new five-year contract! July 12, 2016

Executive director of football Les Reed added: "Ryan Bertrand has been an integral part of our success since joining in 2014 and has developed as a top Premier League and international player, but he also brings great leadership qualities to the club both on and off the pitch and is a real winner.

"Signing our key players for the long-term is an indication that the squad believes there is more to come and they want to be part of the journey. I know Ryan really believes this, and with him as part of the driving force behind our team I am confident our future is bright."