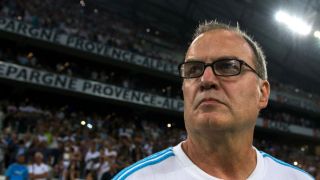 Marcelo Bielsa has agreed to take over as the new head coach of Lazio, the Serie A club have confirmed.

Bielsa has been without a club since resigning from Marseille one game into the 2015-16 Ligue 1 season.

The Argentinian joins as a permanent replacement for Stefano Pioli, who was sacked on April 3 following a 4-1 defeat to arch-rivals Roma.

"As revealed in the media, SS Lazio announces that is has registered the contract of Mr Marcelo Bielsa and his co-workers," a club statement released on Wednesday read.

"The coach and his staff will be in Rome on Saturday July 9."

However, Inzaghi has been overlooked as a permanent appointment, with Bielsa the man drafted in to help secure a return to European competition.