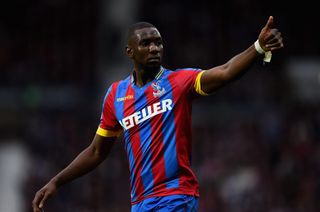 Bolasie has featured in every game for Palace this season, but has struggled to produce in the final third, with a solitary assist to his name so far.

Things are not much better in front of goal, either, with his only Premier League strike coming in the 3-2 victory over Everton in September.

After impressing in his first campaign in the top flight last time around, the 25-year-old admits he has found it difficult this season as defenders get used to him, so he is working to adapt his game.

"I'm trying to just simplify my game," he told the South London Press. "A lot of full-backs tend to stand off me now and are waiting for me to run at them.

"I've been working hard on my end result. I'm pretty confident you're going to see much better from me this season.

"It's just about not complicating things. A lot of times I find myself complicating my own situation. I'm simplifying and getting better results."