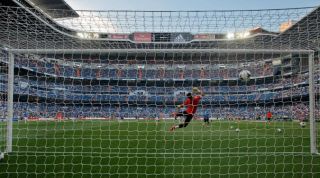 After two matchdays, Blooming are the only team with a perfect record and sit two points clear atop the standings.

The Strongest and San Jose are among the chasing pack on four points after they played out a thrilling six-goal draw on Friday.

Nestor Craviotto's The Strongest came from two goals down to earn a 3-3 draw and a share of the spoils against San Jose.

After Abdon Reyes' quick-fire double inside the first six minutes put San Jose ahead, The Strongest hit back to level proceedings through Luis Melgar, who completed his brace early in the second half.

The Strongest took the lead for the first time thanks to Nelvin Soliz in the 58th minute, only for Mauro Bustamante to equalise three minutes from the final whistle.

Goals from Adan Bravo and Christian Vargas inspired Wilstermann to a 2-0 victory at Club Universitario on Friday.

As for Oriente Petrolero, they beat cellar-dwellers Universitario Cobija by the same scoreline on Sunday.

Sunday's other match saw Bolivar account for Nacional Potosi 2-0 thanks to second-half goals from Juanmi Callejon and Capdevilla.

Meanwhile, Sport Boys and Real Potosi played out a 1-1 draw on Saturday.