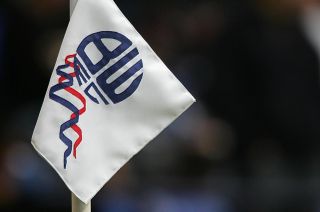 Bolton’s joint administrators have set bidders a deadline of 4pm on Wednesday to submit their final offers for the club.

Five separate parties are hoping to take control of Bolton, who went into administration last month after a takeover by former Watford chairman Laurence Bassini collapsed.

“The Joint Administrators for Bolton Wanderers have set a deadline of 4pm on Wednesday June 12 for best and final offers for the club,” read a statement on behalf of the joint administrators, posted on the club’s official website.

The statement said six potential bidders met last week’s deadline for offers, although one has since been eliminated from the process.

The remaining five candidates’ final offers must also include both proof and source of funding.

Administrators David Rubin & Partners confirmed last month that anyone wishing to buy Bolton will need to prove they have at least £25million to take control of the club.

Paul Appleton of David Rubin & Partners added: “We have made it clear from the outset of this process that speed is of the essence.

“A new owner has to be identified and in place to allow the club to rebuild ahead of the new season.

“We will notify the successful bidder as soon after Wednesday’s deadline as possible and will be looking for a Heads of Terms agreement to be signed by Friday.”

Bolton were relegated from the Sky Bet Championship and will start the 2019/20 season in League One with a 12-point deduction as a consequence of going into administration.

Players have not been paid since February, leading to them receiving support from the Professional Footballers’ Association, while non-football staff are yet to receive their April salaries.

A winding-up petition against the club was suspended last month to allow the club, who owe more than £1million to HM Revenue and Customs, to find a new owner.