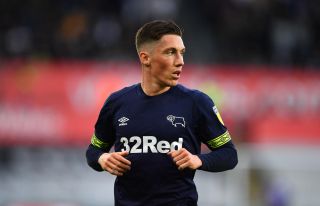 Bournemouth have signed Wales winger Harry Wilson on a season-long loan from Liverpool.

Following previous spells with Crewe and Hull, Wilson spent last season on loan at Derby where he scored 17 times in 46 appearances as the Rams reached the Sky Bet Championship play-off final.

Wilson said he was excited to now get his chance in the Premier League.

“It’s great to be here, great to finally get everything sorted and I can’t wait to meet all the staff and the lads,” Wilson said on the club’s website.

“When Liverpool informed me it was a possibility to come here I was keen to get it sorted. I want to play Premier League football and with a great team like Bournemouth.

“With the style of play that Bournemouth are likely to play, I feel that I can fit right in and help the team a lot.”