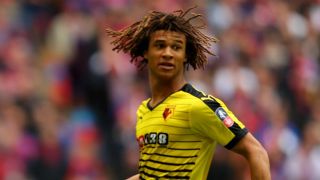 AFC Bournemouth have signed Chelsea defender Nathan Ake on loan for the 2016-17 season.

Ake spent the previous campaign at Watford, making 28 appearances as the club maintained their Premier League status and reached the semi-finals of the FA Cup.

The 21-year-old, who signed a five-year contract with Chelsea last year, will bolster Eddie Howe's defensive options at the Vitality Stadium following the departures of Sylvain Distin and Tommy Elphick.

"We are delighted to welcome Nathan to AFC Bournemouth," chief executive Neill Blake said in a statement.

"For a player of his age he already has great experience in the Premier League and we believe he will bring a lot to our squad.

"He is an international player with great pedigree, so we are really excited to have him join us for the upcoming season."

Ake is a Netherlands Under-21 international and has played 12 times for Chelsea since signing from Feyenoord in 2011.