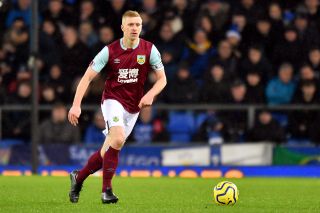 Ben Mee admits his first season as Burnley captain has been a huge learning experience as the coronavirus pandemic has thrown up unforeseen challenges.

The 30-year-old found himself spending much of lockdown on conference calls with fellow Premier League skippers and officials, discussing everything from potential pay deferrals to Project Restart and all the necessary protocols to make it happen.

“I’ve learned a lot and it’s been a valuable experience to be part of every little bit that’s going on,” Mee said.

THE PRESS | The skipper looks ahead to Burnley's return to @premierleague action, with a trip to the Etihad on Monday night.— Burnley FC (@BurnleyOfficial) June 18, 2020

“I’ve been in touch with all the boys and being that point of contact builds that relationship with the team, it makes it stronger with each player who wants to speak to me.

“It’s brought me closer to the team as a captain and as a leader.”

The early days of Project Restart saw plenty of debate over how safe it would be for players to return to training, with several raising their concerns publicly.

That led to some tough conversations between captains, but Mee said he was able to take a backseat on most conference calls with his own players comfortable with the measures being put in place.

“I think players were unsure at first and rightly so, we didn’t know what was going to be happening in regards to coming back into training,” he said.

“People had concerns, there’s always that element of the unknown.

“But we took it step by step and the Premier League did a good job of making sure we as players all felt safe and secure coming back in.

“I didn’t feel too much need to jump in. Others had concerns but I wasn’t as concerned. The group of players I lead, we were all in the same boat, we’d been given guidelines we were all happy with.”

And Mee has had no complaints since returning to training, saying he and his team-mates are now just eager to get going again.

Their first game back is about as tough as they come as Mee returns to his boyhood club Manchester City on Monday night.

“It’s within our reach,” he said. “It’s something we can look for and maybe aim for. Every player wants to play in Europe. Those are the nights you remember when your career is finished so certainly it’s something we’ll look to do again.”

Should Burnley reach Europe, it would add to an already highly condensed fixture list, with players facing the prospect of a very short off-season following the unscheduled three-month gap in fixtures.

That period has hardly been a break for players unsure of when they might return, but Mee is not worried about the prospect of this season and next almost bleeding into one.

“It’s such a strange time but we’re just going to have to deal with it,” he said. “I won’t be complaining if we get a week off and then it’s back into the season.

“We’ve had plenty of time off. This is how it’s going to be for us. It’s not much of a problem.

“There’s plenty of people struggling in the world right now and we won’t be complaining.”