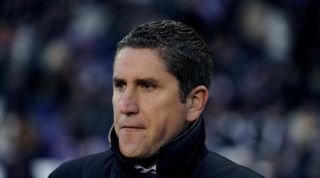 Egyptian side Al Ahly continued their bid for continental silverware, having failed in their bid to defend their CAF Champions League title this season, as they claimed a 0-0 draw on Saturday.

They went into their final Group B game top of the standings and knew that a draw against their Tunisian opponents would see them through.

Etoile could have moved above Al Ahly with a victory, but ultimately they were not able break down Juan Carlos Garrido's side.

In what was a repeat of the 2005 and 2007 CAF Champions League finals, Etoile had a penalty claim rejected during the early stages as Alkhali Bangoura was sent tumbling in the area, while Emad Meteb wasted an opportunity for Al Ahly soon afterwards.

Etoile had another penalty appeal turned down when Saad Samir brought down Baghdad Bounedjah, while Al Ahly swiftly wasted a second chance of their own as Mohamed Naguib headed wide.

The Tunisian side enjoyed plenty of pressure in the second half but their chances received a significant blow when Franck Kom was sent off and the hosts comfortably held on for the draw.

Meanwhile, Sewe Sport finished top of Group B thanks to their straightforward 3-0 triumph over visitors Nkana.

The away side were in pole position to qualify alongside Al Ahly before Saturday's meeting, but in the end they were denied a semi-final spot in their first CAF Confederation Cup campaign.

The visitors found themselves facing an uphill struggle from the early stages as Rostan Kakou broke the deadlock after just 10 minutes.

Christian Kouame doubled the lead just after half-time and Alessa Agboke made sure of the win with 17 minutes to go.