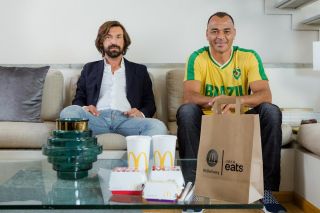 Cafu, who won the tournament with Brazil in 1994 and 2002, insists Tite's side has everything in place to erase the memories of their failure on home soil four years ago.

In 2014, Brazil reached the semi-finals but were thrashed 7-1 by Germany, who completely dominated the game and scored five goals in the opening 29 minutes.

The former full-back thinks Neymar and Philippe Coutinho will play key roles in the Selecao's campaign.

"It's really easy to say that a key player for Brazil is Neymar," Cafu, speaking as an Uber Eats ambassador, told Omnisport.

"Today, I can say that Neymar and Coutinho are the two biggest weapons for Brazil.

"But I'd say Neymar is one of the strongest players in world football and will be the key player for Brazil here."

Cafu is confident Brazil will win the tournament this year because of strength in depth.

"They are playing really well. They have been preparing for so many years," he added.

"We have plenty of experienced players in many positions and all of them are the main players at their clubs. It's been a long time since Brazil qualified with four matches to spare.

"Brazil is growing every game and our coach has given a certain style to the Brazil squad. That's why Brazil has what it takes to win it."

Brazil start their World Cup campaign against Switzerland on Sunday.

Uber Eats is helping Andrea Pirlo find a team to support this summer, join in with #TeamForPirlo