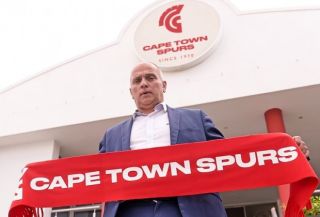 Cape Town Spurs have officially appointed Vladislav Heric as their new first team head coach ahead of the 2020-21 season.

Spurs, who owned 49% of Ajax shares, reached an agreement to acquire the 51% shareholding and have since had their application to rename the club from Ajax Cape Town to Cape Town Spurs approved by the Premier Soccer League (PSL).

The Cape Town-based outfit also announced its new badge and logo on Thursday morning as they prepare for the new season.

The 56-year-old will lead the Mother City outfit in the GladAfrica Championship this campaign as they look to gain promotion to the top-flight after Ajax Cape Town as they previously named fell short of promotion last season.

'Join us in welcoming Vladislav Heric back to Ikamva. We move,' the club said in an official statement.