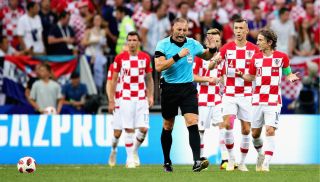 France were given a contentious free-kick against that led to their first goal, and were later awarded a penalty for an Ivan Perisic handball that Croatia argued was not deliberate.

Referring to the first incident, Casillas - world champion in 2010 - said on Twitter: ''Honestly, I do not understand the use of VAR very well. The referee points out a foul that is not on Griezmann. Goal to France in that action. Nothing happens.''

Suarez, whose Uruguay side were knocked out by France in the quarter-finals, replied to Casillas saying: ''You are right Iker, and apart from that Pogba's offside and "participates" in the play.''