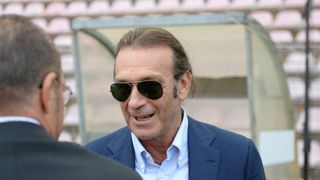 Massimo Cellino is to return as Leeds United chairman after being granted permission by the Football League.

The Italian resigned his position at Elland Road after he was disqualified from the Championship club in January over a case of tax evasion in his home country.

However, his ban finished at the end of the season and the former Cagliari owner will return to the club's board.

A statement on Leeds' official website read: "Leeds United can confirm that Massimo Cellino has been granted Football League permission to return to the club's board.

"Mr Cellino will take up the role as Leeds United chairman with immediate effect after passing the League's Owners and Directors Test."