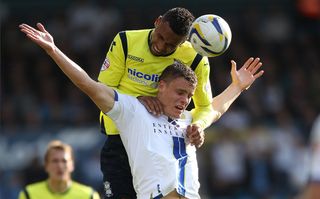 Ross McCormack opened the scoring on 18 minutes, then provided the assist for Rodolph Austin's headed second, before Matt Smith sent the hosts in 3-0 up at the break.

Smith’s second goal on 74 minutes put the icing on the cake for Brian McDermott's men, sealing the three points that moves Leeds up six places to ninth in the table.

This was Clark's first ever defeat at Elland Road as a manager, and a fifth away loss in a row in the Championship for his side, who sit just two points above the drop zone.

McCormack had already had two efforts saved before he took advantage of a sloppy clearance by City keeper Darren Randolph to fire the opener into an empty net.

Chris Burke twice went close as the visitors sought an equaliser, but the hosts went further ahead when Austin nodded home McCormack’s deep cross, finishing a move he had started with a superb ball out to the Scotsman on the left.

The former Cardiff City striker was involved again in the third, with his shot parried by Randolph before Smith reacting quickest and finished well.

The second half saw a better Birmingham performance with Burke, Nikola Zigic and David Murphy all coming close to reducing the deficit.

However, it was Leeds who rounded the scoring off 16 minutes from time, Smith heading home Alex Mowatt's cross for his second goal of the match and fourth of the season.