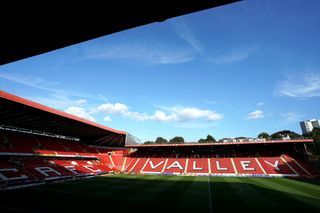 Charlton have announced losses of £10.1million for the year ending June 30 2019, which matched what was lost for the same period the previous year.

The Sky Bet Championship club announced the losses at the same time they revealed they had an agreed extension over filing the financial records to Companies House.

A statement on the Charlton website read: “Charlton Athletic Football Club financial statements for the period ending June 30th 2019 were set to be filed at Companies House this week.

“However, due to the COVID-19 crisis there have been delays in getting the signed statements from the United Arab Emirates. The club has had an application for an extension accepted, as the statements would not have been submitted with the correct signatures in time for the March 31st deadline.”

Despite the delay in the official filing, the club released details which included a loss of £10.1m which coincided with promotion to the Championship via the League One play-offs.

The club received a small increase in revenue via EFL distributions, rising by £100,000 to £1.5m, and matchday income went up from £3.4m to £4.1m, partly due to the sold-out home play-off semi-final with Doncaster and the final win over Sunderland at Wembley.