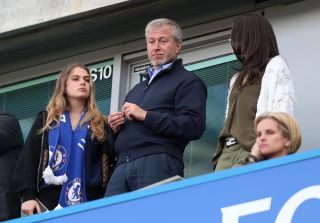 Abramovich’s 12th permanent appointment arrives on the back of a third-placed Premier League finish, Europa League win and Carabao Cup final under Maurizio Sarri, a return to the kind of form that has seen them win 16 major trophies in as many years since the Russian’s big-money takeover.

Abramovich moved on from incumbent Claudio Ranieri to Jose Mourinho, who brought him three league titles, an FA Cup and three League Cups across his two spells at Stamford Bridge.

United have matched Chelsea’s tally of Premier League titles in the years in question, with all five coming under the management of Sir Alex Ferguson – the final years of whose reign also brought an FA Cup, three League Cup wins and the 2007-08 Champions League, beating Chelsea in the final in Moscow.

They have struggled to replace their most successful manager but won an FA Cup under Louis Van Gaal and a League Cup and a Europa League title under Mourinho for a total haul of 13 major trophies. They also have seven Community Shields and a Club World Cup since 2003, taking them ahead of Chelsea if those minor wins are considered.

City’s own big-money takeover in 2008 yielded its first spoils with the 2010-11 FA Cup and has gone on to produce four league titles, including 2017-18’s record-breaking 100-point campaign and last term’s dramatic follow-up.

A second FA Cup and four League Cups make up a total haul of 10, half of them under current manager Pep Guardiola, with Europe the remaining frontier to be conquered.

Gunners fans became frustrated during the final years of Arsene Wenger’s long reign, but the Frenchman added three FA Cups in four seasons to go with his 2005 win in the same competition and the previous year’s “Invincible” league title win.

Unai Emery took them to the Europa League final in his first season in charge but Chelsea ensured he was unable to replicate his success in the competition from his Sevilla reign and add to Arsenal’s five trophies in the Abramovich years.

Contrary to most of their rivals, Liverpool’s main success has come in Europe with two Champions League titles among their four trophies – 2005’s stunning comeback against AC Milan in Istanbul and last season’s win over Tottenham.

They also won the FA Cup in 2006 and the League Cup in 2012 but have come up just short in the Premier League despite last season’s 97-point haul.

Spurs have established themselves in the league’s top four and reached the showpiece Champions League occasion in Madrid only to lose to Jurgen Klopp’s side.

That leaves the 2007-08 League Cup as their only trophy this century and they will hope to kick on further in the coming years.