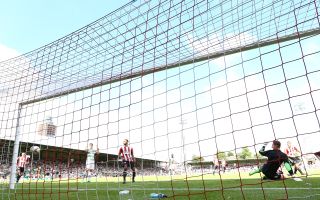 The league leaders conceded the majority of possession to Universidad Chile but managed to grab a goal on the break through Argentine Juan Duma in the 85th minute.

It was Universidad Chile's first loss in nine games as Palestino moved to top of the table on goal difference with a 100 per cent record after two matches.

Colo Colo also maintained a perfect record with a 2-0 win on the road at Everton.

Everton lost their first match of the season 4-0 to Palestino and now have to bounce back from another loss.

Alvaro Ramos' 58th-minute goal was enough to earn Universidad Catolica a 1-0 win over Union Espanola while Universidad Concepcion benefitted from the sending off of Union La Calera's Jorge Schwager in their 2-0 win.

In other matches, Audax Italiano won 2-0 against Santiago Wanderers, Huachipato outlasted Rangers in a 3-2 thriller and there was a goalless draw between Antofagasta and O'Higgins.

Deportes Iquique scored twice in the first half to defeat Cobresal 2-0 and Cobreloa comfortably accounted for Nublense 3-1.