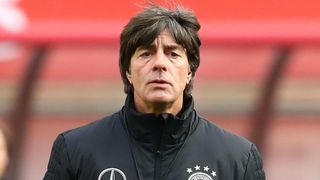 Low signed a new deal with Germany until after the 2020 World Cup back in October last year, but reports from Spain suggested China are ready to attempt to convince the 57-year-old to quit his current position.

AS claimed the CFA is willing to pay Low €50million to lure him to China, but the governing body has now moved to stress there is no truth in such reports.

"In response to the reports that the foreign media has published regarding Joachim Low, we would like to clarify that the information is not true," a CFA statement reads.

"Marcello Lippi, a world-class trainer, is the current coach of Chinese national team and the CFA has complete and unwavering trust in Lippi."

The 69-year-old Lippi took charge of the national team in October 2016.