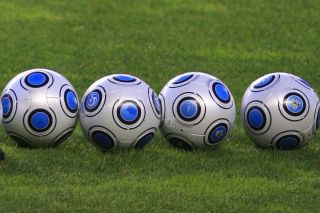 Liu Weidong was the hero for Changchun, his 76th-minute strike securing a crucial 1-0 victory over Liaoning Whowin.

Qingdao's defeat to Beijing Guoan by the same scoreline saw them finish second from bottom.

It brings to an end a 17-year stay in the top flight for the Shandong province club, who will join rock-bottom Wuhan Zall in China League One next season.

Dragan Okuka's men finished one point above Qingdao but their superior goal difference afforded them a degree of comfort.

The final relegation spot was the only issue to be settled at the weekend but champions Guangzhou Evergrande signed off their remarkable league campaign, in which they lost just one game, with a 5-0 hammering of Wuhan.

Elkeson's double took his tally for the CSL season to 24, while Dario Conca also netted a brace and Gao Lin completed the rout.

The title holders were not the only big winners on Sunday; Shandong Luneng also put five past Guizhou Renhe, for whom Yu Hai grabbed a consolation.

Second-placed Shandong, who finished 18 points behind the leaders, had already qualified for the AFC Champions League along with Beijing Guoan.

Tianjin Teda, the only side to beat Guangzhou, lost 2-1 at Shanghai Shenxin, while Nabil Baha's goal gave Dalian Aerbin a 1-0 victory over Hangzhou.