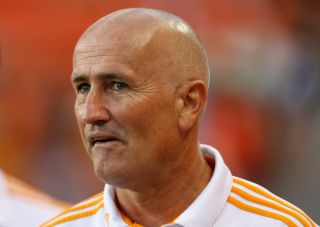 The Dynamo led Group 1 by one point prior to the trip to Panama and needed only a draw to secure progression to the next round.

But Jose Gonzalez's 62nd-minute strike saw Arabe Unido leapfrog Dominic Kinnear's side and advance to the next stage.

The Galaxy made 10 changes to the starting line-up that drew 0-0 with the San Jose Earthquakes in MLS on Sunday and were thoroughly outplayed by Isidro.

Panamanian striker Nicolas Munoz was the hero for Isidro, scoring all four goals before half-time.