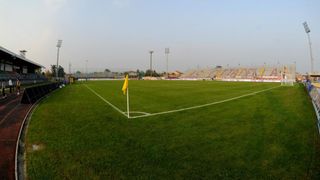 Cittadella produced a stunning display in the opening round of the Coppa Italia as they thrashed Potenza 15-0 on Sunday.

The Lega Pro side ran riot in their first competitive game of the new season, scoring 10 goals in the second half alone.

Giulio Bizzotto led the scoring charts for Cittadella with two goals in either half, while five other players found the net on two occasions in a rampant display.

Brescia began life as a Lega Pro side with a stuttering performance against Cremonese, the third-tier club - who count Roberto Baggio, Pep Guardiola and Andrea Pirlo as former stars - needing penalties to progress.

After a goalless 120 minutes, Brescia - who were relegated from Serie B last season - eventually prevailed 4-3 in the shootout, Carlo Crialese missing the decisive penalty for Cremonese.

Despite two misses in the shooutout, Lecce -  a Serie A side as recently as 2012 - were able to prevail 3-2 as their opponents lost their nerve from 12 yards.

Francesco Nicastro and Alessandro Gatto were on target in Juve Stabia's 2-0 win over Melfi, while Cosenza came from a goal down to beat Ascoli 2-1, and Foggia needed extra-time to beat Lucchese.

Tuttocuoio, Bassano Virtus, L'Aquila, Sudtirol, and FeralpiSalo also enjoyed success in the opening round, the latter romping to a 5-1 win over Fano.