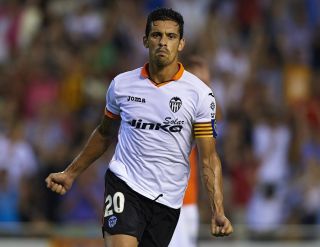 Valencia have eight players under 23 in their squad this season but they have struggled to make an impact.

A heavy 4-1 defeat to Villarreal on Sunday was Valencia's fifth defeat of the season and extended their winless run to three matches in the league.

It is already the second time the club have had such a run this season and Costa has demanded the squad work hard to get back to winning ways.

"Players always have attitudes, but they can be wrong," he said. "The players give the most because they want (to) always win.

"We have very young players who have to grow up and have to do it fast for the good of Valencia and us as a team, because we have to win more games."

Valencia may have struggled in the league under Miroslav Djukic but they have performed well in the UEFA Europa League with back-to-back wins over Kuban Krasnodar and St. Gallen in Group A, and Costa wants to replicate that form domestically.

"We have to play like we do in the Europa League," he added. "If we do simple, in the middle with one or two touches and are more vertical combinations on the wing, all the world will have difficulty competing.

"And if we look at all the big teams, none plays inside. (Even) Barcelona are now changing their game."

Valencia will look to get back on track when they face Almeria on Wednesday at the Mestalla.