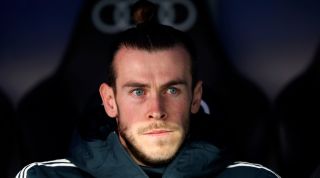 Last week, former Madrid manager John Toshack told Bale that he should learn to speak Spanish out of respect for the club’s fans, and Courtois has now added a further dig.

The 29-year-old joined the Merengues from Tottenham Hotspur in the summer of 2013, while Courtois arrived from Chelsea last August, but the Belgian had words of advice for Bale.

“For me, here I live like someone born in Madrid,” he told HLN.

“I eat late and go to bed late, it’s how you live here.

“We all had dinner recently but Bale and (Toni) Kroos didn't go because they thought it was too late – we met up at 9.30pm and were having coffee at midnight.

“We then went to bed at 1am and had training at 11am the next day, which I believe is the perfect time to be resting.

“Bale said he wouldn't go because he needed to be in by 11pm.”